“ONE FOR THE ANGELS”

“Lewis J. Bookman, age sixtyish. Occupation: pitchman. Formerly a fixture of the summer, formerly a rather minor component to a hot July, But, throughout his life, a man beloved by the children, and therefore a most important man. Couldn’t happen, you say? Probably not in most places – but it DID happen in The Twilight Zone.” 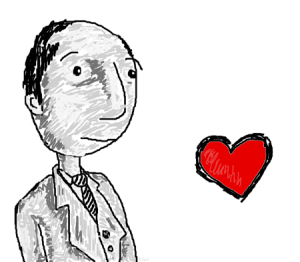 Watching: This is a very, very sweet story, reminiscent of O. Henry’s “The Last Leaf.” Give it its just due by choosing to watch it when you will not be distracted, either by others or by internal distractions. Do yourself that favor, too.

Kind Action: Take time to think of stories, true and fictional, of people who have made a sacrifice for others. Start with big sacrifices, like soldiers dying in times of war. Then move to what might be considered smaller sacrifices, a parent giving up something in order for her child to have it, to even smaller sacrifices, someone giving the last slice of cake in the house to another. That sort of thing. Then think of a sacrifice someone has made on your behalf. Contact that person and thank them.

Enter a positive-sounding word to see what fun idea you find: