This story takes my breath away.

Years ago I spoke at the memorial service for my maternal grandmother. A few days before, I was sitting on a park bench with a yellow legal pad on my lap and a ballpoint pen in my hand trying to write what I would say. At first I was drawing blanks, stuck in what I felt I was “expected” to say. 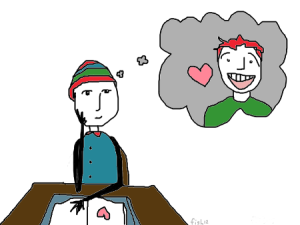 Suddenly, letting go of the “shoulds,” I flashed on the word “spirit.” I had recently learned that the Latin root for spirit was spirare which means “to breathe.” I started writing down all the words I could think of that had “spirit” in them. Among these were “inspire” (to draw in air), “respire” (to inhale and exhale), and “expire” (the last breath).

Another of these words was “conspire.” Up until then I’d always seen this word as negative, used to describe people plotting to do something bad. But it really just means to breathe together. And there is something magical and mysterious about that. When we are in the same place we are conspiring, breathing together. But it’s even more than that. We are sharing air, me breathing in some of what you exhale and you breathing in what I’ve exhaled. We are conspiring, literally. What was once inside you goes inside me and what was once inside me goes inside you. This was a profound realization for me.

When do I stop and you begin?

This became the basis of my memorial to my grandmother, the conspiracies that took place throughout her life and the one taking place right there in the church among those of us who had come together to celebrate and acknowledge her life. A conspiracy. And what a lovely one.

It is a kind of conspiracy that we all read the same story this week. And if you were moved by it in a way similar to me, you found inspiration in it.

That’s all part of our common humanity.